I started The Shadow Falls Series about a year ago, and just recently finished the last book in the series. Instead of posting 5 separate posts, I’ve decided just to combine them all into one big review. The series had its ups and downs, but overall I really enjoyed it! The only things I wished were different were faster plot lines and less predictable characters.

Born at Midnight
In the first novel in the Shadow Falls series, we are introduced to our main character Kylie who thinks of herself as a ‘normal’ teenager. She is sent to a summer camp by her mom, and while she’s there she meets other teens that are surpernaturals, and finds out that she herself might actually be one too. The first novel is definitely worth the read! The plotlines are really good, despite the frequent teenage drama. The one thing that turned me away from this book is all the grammar and spelling mistakes! I was so surprised that there were so many of them, but if you can get past that part, it is a really good novel!

Awake at Dawn
I’m not going to give a description of this book so I can make sure that I don’t spoil anything from the previous book. My favorite thing about Awake at Dawn was its plot. Compared to all of the other books in this series, I found this one to be the least predictable. However, I didn’t like everything about this book. My least favorite thing was that every single one of the characters all came across as a whiny teenager, which is logical for the actual teens, but even the adult characters came off that way too, which was really annoying. Overall, I think I like this novel better than the first due to the great plotline!

Taken at Dusk
I liked this novel better than the first one, but the second book is still my favorite. The plot was pretty good, but there was just so much going on that I found it hard to keep up with everything at times. My main issue was with the romantic plotlines. Hunter tried very hard to make them good, but they came off as emotionally charged and annoying. Overall, this novel was good, but could’ve been better if the plotlines were more thought out.

Whispers at Moonrise
This book was very dramatic, but not in the bad cheesy kind of way. The plotlines are well thought out and the ending is amazing! It makes the reader leave wanting more, and to find out how this series will end. Overall, this novel is a step above the previous novels, and was by far my favorite. 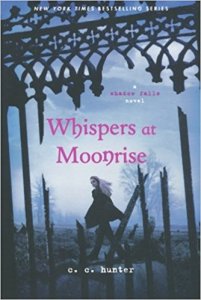 Chosen at Nightfall
This novel took me a long time to get through, not necessarily because it was bad, but because it felt like Hunter wrote this book for the sole purpose to end the series so it wouldn’t go on forever (which it still kind of did but that’s a story for another time). This novel ended somewhat cheesy, and things still felt a little up in the air, but all in all I did enjoy it! It was a good ending to a good series!

Let’s Review: Ghosts of the Titanic

By the president of the Teen Advisory Group:

I’m back with my first book in almost two years (yikes lol)!

Surprise! Now I’m adding Stars gifs to all my posts! 😉

It’s a historical fiction (with no romance, shocker!) called, Ghosts of the Titanic.

END_OF_DOCUMENT_TOKEN_TO_BE_REPLACED

We’ve had a few good books come in recently. Check them out before someone else does!

In an alternate England of 1851, spirited fourteen-year-old Sophronia is enrolled in a finishing school where, she is suprised to learn, lessons include not only the fine arts of dance, dress, and etiquette, but also diversion, deceit, and espionage.

Etiquette and Espionage is the newest from Gail Carriger, author of the Parasol Protectorate series, and the first in the new Finishing School series. If you like your paranormal mixed with steampunk, this might be for you. 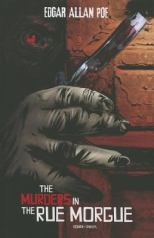 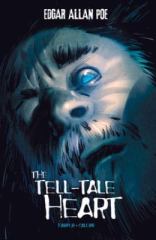 If you find yourself assigned to read the works of Edgar Allen Poe, but you’re having trouble understanding him, check out these graphic novel adaptations. They won’t take the place of the real thing (and your teacher probably won’t accept reading these instead). After you creep yourself out with these, try the full text and see how much easier it is without the pictures to give you nightmares.

When Marcus, once called M1k3y, receives a thumbdrive containing evidence of corporate and governmental treachery, his job, fame, family, and well-being, as well as his reform-minded employer’s election campaign, are all endangered.

Homeland is the sequel to Cory Doctorow’s Little Brother, which you might remember as the story of what happens after the government turns California into a police state after a terrorist attack and one kid’s mission to solve injustice by hacking. When it comes to the tech stuff, Doctorow, fellow of the Electronic Frontier Foundation and co-editor of the blog Boing Boing, is legit. Little Brother was great, so expect the same from Homeland.